Dracula According to Sharon Wehner 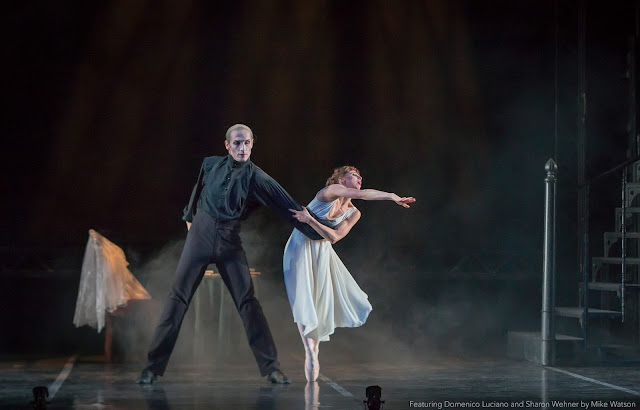 Dracula. Next to The Nutcracker, this ballet is the one people most inquire about when I tell them I dance with Colorado Ballet. “When are you doing Dracula again?” If the Nutcracker is our ubiquitous family holiday ballet, Dracula is the adult version. True, we do not perform Dracula every year, but going on its 8th appearance since its Denver debut in 2001, the ballet has had some decent mileage.


I was lucky enough to be a part of the initial staging with Colorado Ballet. The memory of the first day of rehearsal is seared in my mind, because it also happened to be Tuesday, September 11, 2001. One day earlier, everyone was excited and curious to begin this strange new ballet. But as we all sat in the studio in shock at the earthquake that just hit our country, the idea of learning choreography to a gothic fairy tale seemed a bit… trite. Jayne, wife to choreographer Michael Pink, sat us down and explained that Michael was stranded in London because of the terrorist attacks. She and her assistant would be the ones to set the ballet until Michael could arrive (a few weeks later). We were given the option to go home, but everyone felt the best way to react was to move forward; so…we got to work. What ensued was a journey that was completely new for everyone. It was a process all at once different, fascinating, uncomfortable, sometimes frustrating, and ultimately very fun. Dracula is no Swan Lake. 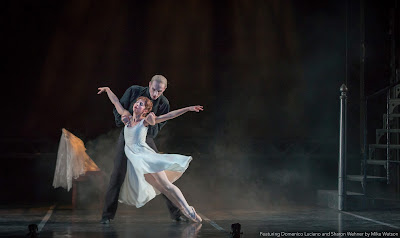 It is true that Dracula uses classical ballet vocabulary, is danced en pointe, and tells a story in three Acts. But here is where its similarity ends with iconic ballets like Swan Lake, Sleeping Beauty, or the Nutcracker. Most classical full length ballets use some sort of story as the backdrop to showcase technique and choreography. Dracula does the opposite—it employs dance and movement as the vehicle to tell the story. Drama trumps everything. There is no step, no gesture that is not in direct service to moving the plot along its through-line. As dancers, we were challenged to drop any and all classical or balletic affectations, and replace them with naturalism. Jayne and Michael were ruthless in their discernment of how we moved, and whether it was true to our characters. “What are you saying here? Why did you turn your head that way? Would that particular character make that choice, and why? Don’t react until you have something to respond to! Be real in your conversations.” We were encouraged to thoroughly research our characters. Even the large group dances are rooted in realism. The Transylvanians perform their ritualistic dance with intense grounded physicality, banging sticks and stomping the floor with tribal passion. The ballet is very closely related to Bram Stoker’s iconic gothic novel, so having knowledge of the book was critical in understanding the nuances of our roles. I read the book and watched several movie renditions, and pull these tools out every time I re-visit my role of Mina. For me, working with Jayne and Michael was a turning point in my career, in terms of how I work as both dancer and actress. They taught me not only how to thoroughly inhabit a character, but how to use stage craft in a far more sensitive way. As a young dancer, I used to think that all dance-acting needed to be strictly choreographed, and my sense of musicality was somewhat simplistic and literal. But with Dracula, the dancing was wholly in support of the acting—as such, no move could be made arbitrarily without either an internal motivation, or in reaction to another character’s actions. You had to be completely present with the action going on around you. If your fellow dancer’s timing was a bit different, so was yours. As human beings (not machines), we were encouraged to allow such things to flow naturally, which meant variations could occur in certain sections. It might seem like this fluid approach would make things feel easier. But in fact, it meant that you had to have a more sophisticated understanding of the music and choreography, as well as an awareness of everything and everyone else’s motivations around you. You still had to hit very specific musical and choreographic marks. The freedom to play within these only comes from knowing them inside and out.

With that in mind, one could imagine how repeating the ballet over the years would only enrich the experience. What in the beginning felt odd and uncomfortable, becomes fun and interesting over time. It’s true that some scenes must be meticulously executed with repeated precision—the pas de deux between Dracula and Mina, for example. This particular duet involves extremely difficult partnering and timing. Any misstep and Mina could go flying across the room (it has happened more than once in rehearsal). On the other hand, there are a few sections that work better with a touch of improv. For example, at the end of the first act, Harker is in the throes of a nightmare, and Mina chases him around a bed in a scene that is completely improvised. I have had various Harkers throw a mattress at me, roll in, around, and under the bed, and even accidentally smash their noggin into my nose. That one not only drew real blood, but caused me to have to get my nose re-set. Yes, that’s method acting for you. 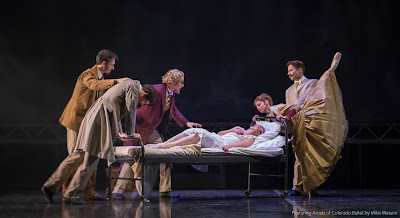 For most of our full length ballets, the sets and costumes are rented from other ballet companies. But those of this production were produced specifically for Colorado Ballet, and are now rented out to other companies all over the world. As opposed to the lycra and polyester-spandex often used now for dancers, these costumes are made of real silk, cotton and wool—all made to fit the original CB cast of 2001. Wigs and hair pieces were dyed specifically to match all of the dancer’s hair, and after each performance, wig masters have to wash and reset each one (especially Lucy’s wig, which becomes a bloody mess by the end of the Undead Scene). The use of such high-quality and heavy hair pieces were difficult for the dancers to get used to at first, as we are accustomed to doing our own hair and makeup—in this production we were not “allowed” to handle the hairpieces because of their very specific and delicate (and expensive) nature. Many of the dancers have different roles in every act, with complex make-up, costume, and wig changes during each intermission. These changes can sometimes feel more exhausting than the dancing!

Then there are some little insider facts that keep things interesting. The fake blood used in the Undead Scene tastes like sickeningly sweet cherry juice. One year, during a long three week run of the ballet, the props-master realized that we were running out of blood, and so had the brilliant idea to cut the formula with a touch of dish soap and water. He claimed that it was easier to clean the stage afterwards. But you can imagine the shock of the dancers as they lustfully poured their “victim’s” blood all over their faces in the Undead Scene, only to discover they were inadvertently washing their blood-thirsty mouths out with soap! In the Whitby Scene, some of the menus adorning the party tables have been re-written by the dancers, with a few PG-13 rated meal suggestions. Occasionally there has been a bit of comical improv in the dimly-lit Whitby slow motion scene, which occurs as backdrop to Lucy and Dracula’s first meeting (shhhh, don’t tell our director). Inside Mina’s 3rd Act journal, written contributions have been made by Jayne Pink (the original Mina), dancers from other parts of the world where the sets have traveled, and our late props-master, David Jaramillo. It warms my heart to look through that journal before beginning my solo at the top of Act 3.

As one of only four Colorado Ballet members from the original cast of 16 years ago, I have loved seeing how dancers have progressed through the casting ranks. It has been such a beautiful thing to witness young colleagues who started their first season as a corps de ballet dancer in the group sections, maturing as artists and now performing the lead roles of Dracula, Harker, Lucy, and Mina.

Now, performing Dracula again, and presumably for the last time, I feel both grateful for all that this ballet has taught me, as well as excited to share it once more with Denver audiences. There are few ballets that draw both horror and intrigue, excitement and morbid pleasure. Perhaps this is why audiences love Dracula so much and never seem to tire of it. As a performer, it feels extremely satisfying to be able to deliver such an experience. I will most definitely be sad when the curtain goes down on the closing show. Perhaps afterwards, I will pen my own addition to Mina’s journal.

Return to Top of Page